Flickers of the Future: The Winners

Meet the winners of the Flickers of the Future competition, who are mentored by a professional team of scriptwriters and TV production experts, and getting ready to pitch to major broadcasters.

Flickers of the Future called for young film makers to submit their visions of a sustainable future, and we received over 100 submissions in response. From those 100, our winners have emerged! We've been bowled over by the talent and imagination of Amy, Bethan and Jack, and we can't wait for them to share their creative ideas with the world of broadcast and to take the next steps in their journey of bringing their visions to life. 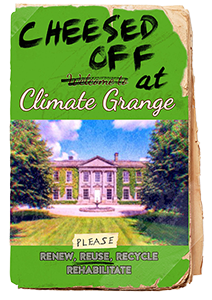 About Cheesed Off: In a rejuvenated world where animal products, fossil fuels and plastic have been outlawed, what happens to those who are having withdrawal symptoms? For those with old destructive habits, rehabilitation is required.

Originally from a council estate in Bristol, Amy has been striving to tell engaging stories from a young age. After completing an English Literature degree and a Film & TV Masters from the University of Bristol, Amy has worked for several production companies including Two Four and Films at 59, before making a slight detour up north. Studying for the NFTS Scripted Production Diploma in Leeds, Amy also participated in many filmmaking initiatives such as the BFI Weekender and the Encounters Film Festival’s ‘Widening the Lens’ programme.

Drawing from personal experience, Amy often writes and performs comedy – tackling pertinent issues such as mental illness and identity in a way that is relatable and (hopefully) pretty funny. Also making films in this vein, her shorts have been selected for such festivals as the Pinewood Lift-off Sessions and The Hothouse Theatre’s Nottingham Film Fest. 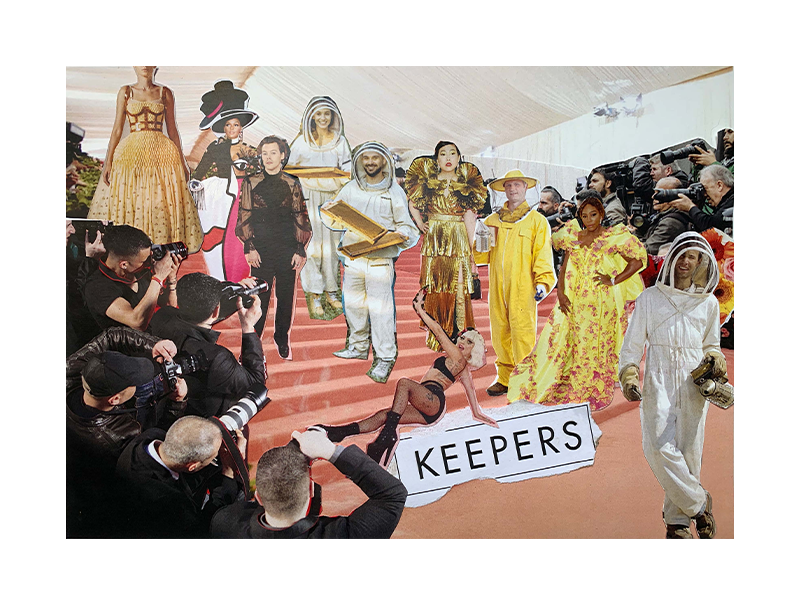 About Keepers: In a utopic near future, competitive bee-keeping has become a cut-throat world of opulence, romance, and sex. In this insect-orientated romantic comedy, friends are betrayed, a woman is on the run from a mysterious hunter, and a young man discovers what happens when you realise you deserve better.

Bethan is an aspiring screenwriter, director and theatre maker born in the Midlands but raised travelling the world for her parents’ jobs. She has lived in Eastern Europe, East Africa and South East Asia, and settled in London after studying English Literature and Drama at the University of East Anglia. Since graduating, Bethan has written and worked on three short films.

Early in 2020 Bethan won funding from a National Youth Film organisation to write and direct her debut short, Loup Garou, an absurdist black comedy about a young woman and her relationship with her pet werewolf. The film was made to raise awareness for Pre Menstrual Dysphoric Disorder and is currently in post-production. When not writing movies, Bethan can be found watching them, reading books which she would like to make into movies, or being a benevolent mother to her army of pets.

About Natural Causes: In a near future, eco-conscious UK, a group of teens set out on a seemingly impossible mission to help their terminally ill friend fulfil her wish of completely offsetting her life by erasing her carbon footprint from the planet.

Jack is a writer based in East London, who loves presenting unique takes on contemporary topics through his work and exploring ways of creating a more eco-conscious society. After graduating from the University of Exeter, he was selected for the HighTide Academy for emerging playwrights, and his short play Modern Living was performed at HighTide Festival in 2016.

He was chosen for the 2016-17 Soho Theatre Writers’ Lab, and his debut full-length play Catastrophists had a professional production at the White Bear Theatre in 2017. He’s also written for radio, with comedy material broadcast on both BBC Radio Scotland’s Breaking the News and BBC Radio 4 Extra’s Newsjack. Most recently, Earth Hour, the play he wrote for theatre company On A Wimb which he co-founded, was shortlisted for the 2019 Les Enfants Terribles Award and ran at Maltings Arts Theatre.

If you work in the TV industry and you would like to invite Amy, Bethan or Jack to come and pitch their ideas, please email [email protected] to book a meeting.

The story so far

Back to main Flickers of the Future page

Flickers of the Future is funded by the KR Foundation