It’s been hard to ignore the climate change coverage that dominated international headlines throughout November, by the United National Climate Change Conference, COP26. One thing that was especially heartening to see was how many young people were present, coming together from around the world to lobby for change. Yet while this evokes a positive narrative of young people speaking up and taking action against climate change, the results of new research we carried out with Virgin Media O2 show that for many young people, this couldn't be further from the truth.

Young people's fear of being called out for getting the facts wrong, as well as a widespread concern that they can't post or talk about climate change if they aren’t leading a ‘perfect’ sustainable lifestyle, is preventing them from saying anything at all. These concerns are further compounded by a lack of diverse and relatable climate spokespeople, alienating many young people from the climate conversation.

We teamed up with Virgin Media O2, to help break down these barriers and encourage more conversations on climate change among young people. The white paper outlines the findings of our research - which combined a UK poll of 2,000 16-24 year olds with in-depth focus groups – and provides guidance on how the media, organisations and non-profits can help young people to have conversations about climate change. This follows on from the special climate-focussed episode of the hit 'Chattin' Shit’ podcast with "People Just Do Nothing" stars Allan 'Seapa' Mustafa and Hugo Chegwin, launched by Virgin Media O2 last month.

The power of conversations: why is talking about climate change important?

Conversations are a crucial first step towards social action, but talking about topics like climate change can feel overwhelming. Our research revealed a widespread misconception among young people that you need to be an ‘expert’ to talk about climate change, which is preventing them from engaging in climate conversations.

Francisca Rockey is an environmental youth campaigner who partnered with us on this campaign, appearing as a guest on the ‘Chattin’ Shit’ podcast and supporting with our white paper. In the white paper, she says:

“Being the first person to speak up and take action takes courage. Young people are scared of getting the facts wrong and being judged by their friends […] but you don’t need to be an expert to talk about climate change. It’s about being confident to put yourself out there and learn together. Your experience and interest can spark more conversations and motivate other people to act too.”

In times of uncertainty, young people are deeply influenced by what they see those around them saying and doing: particularly from people they relate to, be it friends, colleagues, or even a celebrity or influencer they follow. When they see people ‘like them speaking up, it helps to ‘normalise’ the conversation and encourages them to speak up and take action. This can then inspire those around us to follow suit and help motivate us to take positive, collective action.

How can we help young people speak up?

Non-profits, the media and businesses are uniquely positioned to engage young people on the issue of climate change and equip them with the support and tools they need to speak up and act. Our research insights, however, suggest that to engage a wider and more diverse group of young people, we need to be open to changing our tactics. We need to recognise that the methods we rely on aren’t reaching as diverse an audience as they could be.

Together with Virgin Media O2, we know that diversifying climate role models, encouraging widespread climate conversations, and encouraging people to voice their concern and show that they care will help break down the barriers young people face to speak up about climate change. Our ‘Supercharging the Climate Conversation’ white paper sets out new guidance on how organisations can help young people have successful conversations about climate change, and a set of tips and tactics to help them use their platforms to reach more diverse audiences. We’ve also provided a set of tips for young people themselves on our Knowledge Hub. 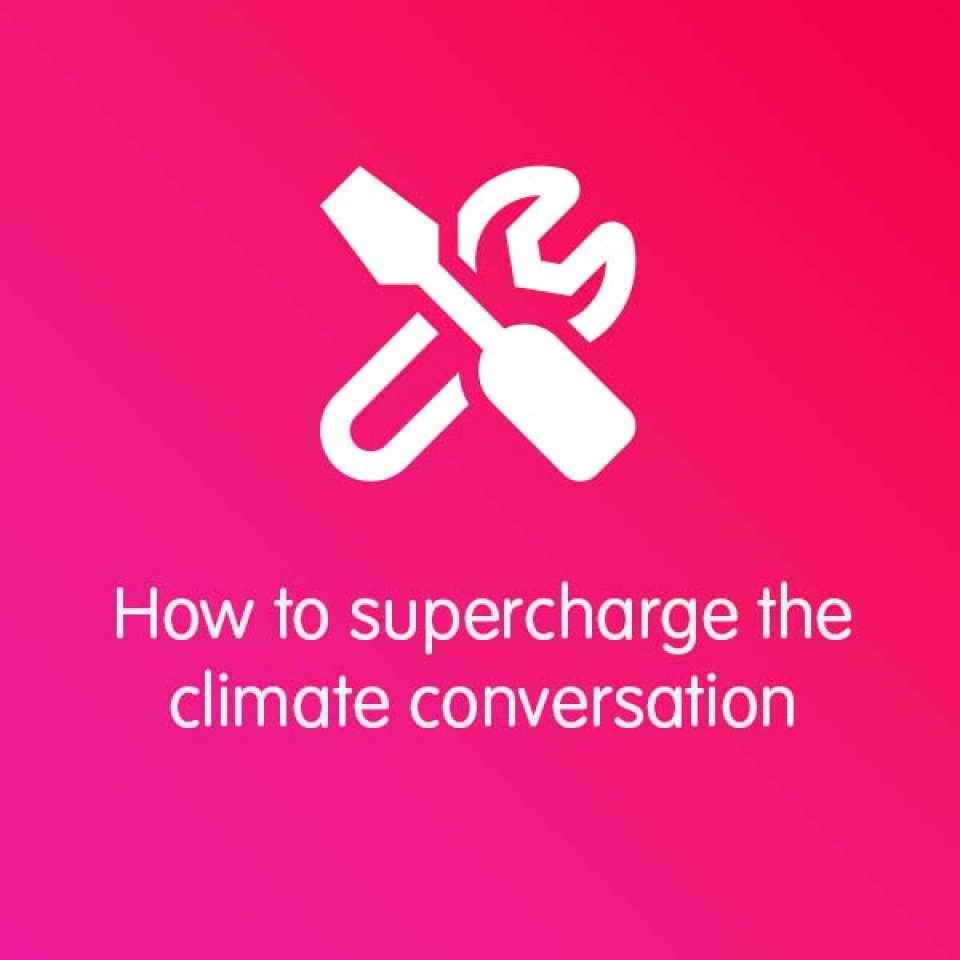 By providing your email and clicking the subscribe button above, you will sign up to our Global Action Plan newsletter to be kept up to date with the latest stories, information and results for our programmes and campaigns.You can change your mind at any time by clicking the unsubscribe link in the footer of any email you receive from us, or by contacting us at [email protected]org.uk. We will treat your information with respect. For more information about our privacy practices please visit our website. By clicking above, you agree that we may process your information in accordance with these terms.We use MailChimp as our marketing automation platform. By clicking above to submit this form, you acknowledge that the information you provide will be transferred to MailChimp for processing in accordance with their Privacy Policy and Terms.