Head of Insight Morgan Phillips recently spoke with Jon Alexander about his new book "Citizens: Why the Key to Fixing Everything is All of Us". What do we mean by citizens, and is that really how people work and what happens when we face a crisis?

Jon is the co-founder of the New Citizenship Project, a strategy and innovation consultancy with a belief that, given the right opportunity, people can and will shape the things that matter to them for the better. Jon's book, Citizens, is available from bookshops (and libraries) now.

Jon: I think the starting point for this work is basically to say that there are two kind of key beliefs about humanity that set at the heart of this work and the ideas in the book. The first is that humans are citizens by nature, that we are collaborative, caring, creative creatures, that we that we can and want to shape the world we live in for the better. And then the second, which is how I can sort of hold that belief and then still explain the world we live in and some of the sort of manifold crises we face, is that we are also storytelling and story dwelling creatures. We live... we necessarily live in stories, and we use the stories that we live within to understand who to care for, who to collaborate with, what to create, right.

So and within that frame, the underlying argument, as I say, is we are citizens by nature. And if you go right deep into human history, that's what you find. But then from pretty...very early on in terms of written human history and pretty early on, even in other terms, that the stories, the two other stories start to surface. Yeah. And so from kind of from the time of King Sargon of Akkad, back in 2300 B.C., the subject story has taken an increasing hold. And the subject story says the right thing to do is to keep your head down, do as you're told, get what you're given on the basis that the God given few who run society know best. And they will lead us to the best outcomes for society as a whole. And that is the story within which the right thing to do is to do as you're told.

That was increasingly dominant right up until the end of the 19th century, beginning of the 20th. Fell apart as a result of the Industrial Revolution, rise of the middleclass. Out of the two world wars we more or less consciously built what I call the consumer story and the consumer story says the right thing to do is to look out for number one, choose the best deal for yourself from the options that are offered and pursue self-interest on the basis that self-interest will aggregate to collective interest. If everyone pursues self-interest, that is the way the best society will result.

Jon: Right. Well, although Adam Smith arguably, as you know full well, has been taken in certain directions that he wouldn't necessarily like. But yes, that kind of self-interest will add up to collective interest. And what I believe is happening right now, I think we're living in a moment in time when the consumer story is collapsing, just as the subject story did before. And what's emerging everywhere has always been present and has surged in times of crisis, really, but could now actually be a formative story of society, is what I call the citizen story. So so the citizen story says the right thing to do is to get involved, to share your ideas, energy and resources to to the pursuit of the best society as a whole. On the basis that all of us are smarter than any of us. And therefore, if we tap into the
ideas, energy and resources of everyone, if and if organisations and institutions seek to tap into those ideas, then that is how the best society will result.

So it's a it's a sort of a new or a very old hypothesis of how to build the best society.

Morgan: You talk about it as a citizen emergence is happening. But it's potentially a re-emergence isn't it, that because this ...when you go back to probably even before pre-industrial times.

Morgan: That's kind of how communities existed before we even had notions that we lived on the globe before people even knew that. And they lived in smaller communities. It was quite citizens based and it was quite egalitarian and quality was in there. And there weren't the same power structures which came with the subject story, with land grabs and all that going on. And then the consumer story has all sorts of power dynamics in there as well.

Jon: Absolutely. I mean, I think, I think that the slight qualification would be I wouldn't... and the second book you should all read after "Citizens" is "The Dawn of Everything" by David Wengrow and David Graeber and their sort of deep archeology work. And a lot of what they talk about is the idea that actually human societies have moved between these stories through our history. It's only it was only sort of relatively... it was really sort of the sixteen hundreds, "the age of discovery", that the that the subject story really became globally dominant.

And then the consumer story has been globally dominant, increasingly globally dominant in the last 80 years. But there are always these surges. And I think the last time we saw this was in the pandemic, like when crisis hits that if you...if it was truth of human nature that we are kind of red in tooth and claw and we pull each other apart then that would have been what happened. And what happened was that mutual aid groups, all of that sort of...street WhatsApp groups, response schemes, all of that happened. And so ... that sort of thing is repeated throughout human history, when the need arises. Actually, what we do is relate more deeply to one another while because... and my explanation of that is because what happens in crisis is that the sort of the dominant the restrictions of the story, release, briefly. 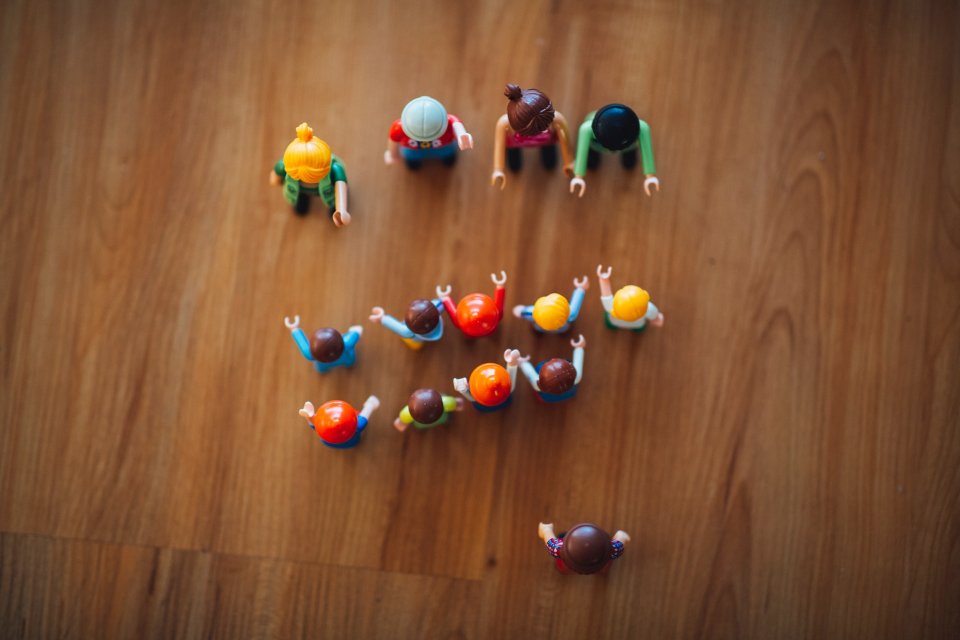