Over the past year, Leah has been working in schools across the country, supporting students to develop and run their own social action projects. Clair and Leah talk about what types of projects young people chose to engage in, and the power of being given choice.

To get involved with any of our youth projects, and to get access to a huge library of teaching resources around sustainability, visit Transform Our World.

Leah: Honestly, it's been pretty magical. I've had the opportunity to meet so, so many really lovely young people through this work as a youth engagement officer. It's been...as far as what it's been like, it's been so different in every single place. That's my main takeaway is just the uniqueness of every group I've worked with has been just amazing.

Clair: And what's been your favourite projects that the kids have got up to?

Leah: Well, that's a tough one because there is a lot to choose from. But for one, I really love that so many schools have opted for litter picks. That's always been a really fun thing. Like I think I've done, is it four or maybe five different groups doing a litter pick now, and every time they're always obviously shocked at how much litter is in their area, which is the unfortunate side of things. But also they just find it really rewarding to clear up and how much that they can clear up in just like an hour or even half an hour is really amazing. And yeah, there's been always really rewarding to do that kind of thing.

Besides that, I specifically recently worked with a school in Bristol who worked on promoting Muslim equality, and they made some beautiful posters to ask for schools to do a bit more stuff to basically take into account their faith like having prayer mats and time to go and pray and wash themselves. And yeah, it's very, very interesting project, I really liked that one.

Clair: And when they're doing things like the litter picks... obviously it's great that they're able to make an immediate difference in their local area. But does it change their behaviours or does it sort of make them start thinking about what they can do to avoid people littering in the first place?

Leah: I think it definitely does, and in a lot of places we've had kind of concurrent projects alongside, that they decide they want to do a litter pick but then, for instance, one school, they also decided they wanted to do these posters to put on bins to remind people why it's important not to litter in the first place. And another school, they decided they wanted to make posters about saving the sharks and ocean life by A) yeah, just not littering in the first place. And B) if you see litter picking it up and not just assuming someone else is going to do it. So definitely there's been a lot of awareness raised about what they can continue doing.

Clair: What the bits that get the kids really excited? Again that immediate, tangible impact is obviously a huge part of it. But what else from the projects gets them excited?

Leah: I think it shouldn't be ignored that even before they've decided on their specific projects, they get very excited early on when they realize this is something that is going to be entirely in their own hands. I think that is quite a unique thing still, and that there is more projects like that happening. But definitely I don't think any of the groups I'd come across had had that experience before where I was explaining to them, "Look, this is all going to be based on what you care about.

So what is it that you care about?" And yeah, those early sessions are always really exciting because they just start talking a mile a minute and like hands up all over the place. And it's just really sweet to see how passionate they can be when given the opportunity.

Clair: It's a real demonstration isn't it, that people do care. That the kids really do care about these things. They just want to be given the opportunities to take that action and take it in a way that works for them rather than having things imposed upon them or dictated to them.

Clair: And how did the teachers react to that, to the students being given that free rein?

Leah: I think that in almost all cases, the teachers have been really either pleasantly surprised or just really proud of their students. Obviously, some teachers are aware that they... their students already have that capacity. Some maybe haven't had the opportunity to see that in their student before, but yeah, I've worked with a lot of teachers who've said like, this has been an amazing thing and it's amazing to see how much detail they can put into their planning as well when it's something they've come up with.

So I think sometimes that's almost easier in a way, when the whole the whole idea is yours, you can see where you need to take it. Whereas if you've been given a task, sometimes you might get a bit like, I don't know where to go with this. So yeah, teachers have definitely always been impressed by that.

Clair: That's lovely. I really hope that the teachers sort of find... obviously I know teachers are hugely busy, but really hope they find time to continue to support these students that you've been working with to do more stuff over the next couple of years.

Leah: Yeah, I think a lot of them will do.

Clair: And is there anything that you'd like to see the students do more of in sort of work like this?

Leah: I think one thing that has come across is that a lot of times with students because maybe because this is a new experience for them, their first thought is to fundraise for a charity that's doing a specific thing, which to be clear is a wonderful thing to do as well. But I think that the projects where students realize that they could make a concrete difference by themselves were particularly like fulfilling for them.

So sometimes a fundraising activity was kind of making a difference in itself as well. Like, for instance, they did a sponsored litter pick or that sort of thing. But yeah, just any project where they're actually taking the reins of making the difference. So for instance, planting a school garden, they're making the difference there. I feel like they all got a lot out from that and whenever possible, if there's more opportunities for that, they'll continue to get a lot from it.

Clair: And hopefully we get a chance to revisit these gardens and see what they look like, once they're a bit established as well.

Leah: I'd love that. 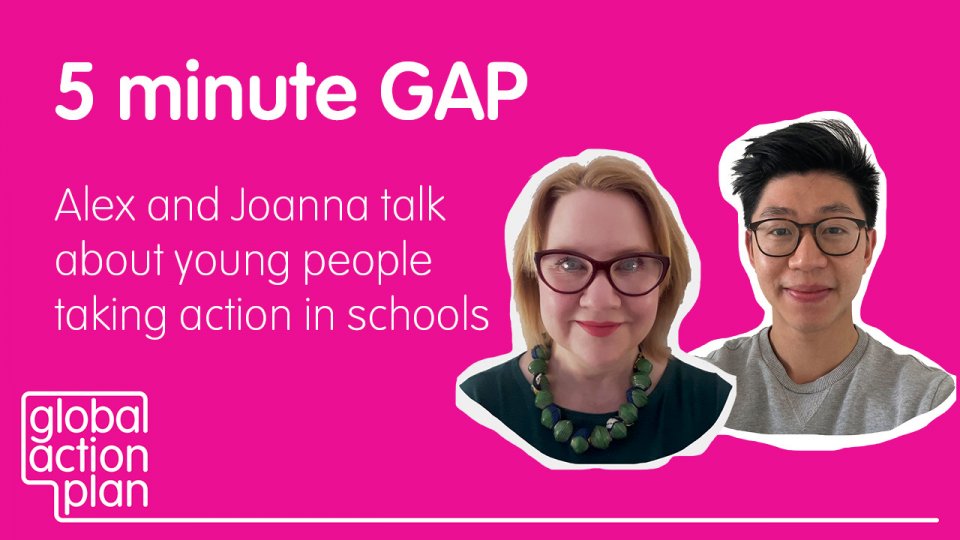